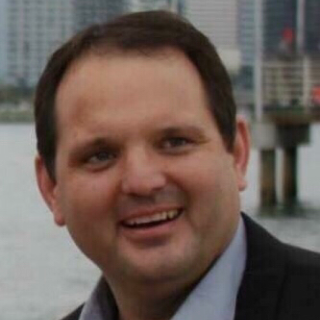 Ricky Taylor lives in southern California. He has been a preacher, a combat corpsman, a nurse, a correctional officer, a private investigator and a collection of other titles.

I don’t remember her name.  I see her in my mind’s eye. She’s maybe twelve years old, the same age I was at the time. Her too round face, her pudgy body, long black hair held back in an Indian braid, her faded red polyester pants, the same pants she wore every day. She changed her blouse on occasion, but her clothing was a variation on a theme; not simply poor, but reservation poor. This was a time before the Indian casinos populated California and the tribes whose ancestors were forced onto reservations remained in poverty. She was a member of one of those tribes. We were in the same class at a small elementary school in Boulevard, California.

My family was poor, and I knew what it was like to be teased and bullied. My clothes were second-hand, never as nice as the other kids’ clothes. I remember wearing shoes a couple of sizes too big, because my parents could not afford a new pair. I had endured the laughter from the other kids when my mother, unable or unwilling to pay a barber, gave me a bad haircut. I knew how the girl in the red polyester pants felt. Before I finally graduated from an adult school, I would attend a total of twenty-six schools in my lifetime. I was always the new student. At some schools, I was bullied, other times I fit in. In that school, I was accepted. And it felt good.

For a while, we simply ignored the girl in the red polyester pants. We ate lunch together in the cafeteria at our table, while she sat at a table by herself. I heard some kids teasing her one day about her pink free lunch card. Pink cards were for poor kids. A green card meant your parents paid for your lunch. My own card was pink. I was embarrassed for her, but I did not defend her.

Then there was the girl who had everything. She had long, blonde hair, feathered in the way many girls wore their hair in the early eighties. The loveliness of her face was marred only by a perpetual, petulant frown. Her parents were well-known and respected. She wore the nicest clothes and lived in the nicest house in the area. But for some reason I never understood, she hated the girl in the red polyester pants. She began teasing her every day. She made her miserable. I remember a day at lunchtime when the girl in the red polyester pants remained in class, sitting alone at her desk to escape the daily taunts. She had looked so sad. I should have joined her, included her. I chose, instead, to be popular.

One day, I was on my way to lunch, walking with a friend, when the girl who had everything stopped us.

“Come on,” she said. “We’re gonna play a little trick.” The look of malice on her face made me hesitate, but my friend and I followed her anyway. She led us back to the empty classroom.

She opened the top of her desk and pulled out a stack of play money. They were her lucky bucks, bill-sized pieces of lime green paper. We earned lucky bucks by doing well in class, answering questions correctly, or scoring high marks on tests. We could spend these on candy and other small prizes kept in a cupboard behind the teacher’s desk.

“Give me your lucky bucks,” she told us.

My friend obeyed, getting the fake money from his desk. I hesitated, feeling a tight sense of dread.

She walked over to the desk belonging to the girl in the red polyester pants. She opened the top of the desk and placed the lucky bucks inside. I felt my heart sink.

The girl who had everything looked at me.

“Because she’s stupid. That’s why.”

I wish I had been brave enough to stand up to her, but I wasn’t. Reluctantly, I got my lucky bucks from my desk and gave them to her. She put them in the desk of the girl in the red polyester pants and closed the top.

We left the classroom and ate lunch together at our table. The girl who had everything talked and laughed with her friends as though nothing had happened. I looked over at the girl in the red polyester pants who ate alone at her table, ignorant of the cruel plot brewing against her. I did not join in the conversation around me. I considered sneaking back into the classroom and removing the lucky bucks from her desk. But, instead, I did nothing.

Finally, the bell rang, announcing the end of lunch. We returned our lunch trays and filed back into the classroom. I sat at my desk, feeling awful. The girl in the red polyester pants sat quietly, unaware of the “stolen” lucky bucks in her desk. Our teacher was a cranky, older man who did not seem to like children.  He was in his late fifties, a hard man with a leathery, unsmiling face.  He sat at his desk while we did our schoolwork on our own. The girl who had everything got his attention.

“Someone took my lucky bucks,” She said. If anything, she was a good liar. Her face was a portrait of innocence. The teacher looked up at her, scowling.

“My lucky bucks. Someone took them. They were in my desk before we went to lunch. Now they’re gone.” She stole a quick glance at the girl in the red polyester pants. A cruel smile touched the corner of her mouth. My friend opened the top of his desk and looked inside.

“Someone took mine, too,” he said. He turned and looked expectantly at me. I opened my desk. My ears felt hot. I pretended to search through my desk, keeping my head down, mainly because of the shame I felt. When I spoke, my voice came out low and hoarse. I was not a good liar.

“Someone stole my lucky bucks, too,” I said.

Our teacher stood up, surveying the classroom, his hard eyes scanning the faces of the students, who, under his intense glare could not help but look guilty.

“Alright, everyone,” he commanded, “open your desks.”

“Those aren’t hers! She never gets lucky bucks. She’s too stupid. She stole them!”

I thought for sure she had gone too far, calling her stupid. I thought the teacher would turn on her, but he did not. He looked down at the lucky bucks in the desk of the girl in the red polyester pants. Her round face looked confused. She was staring down at the lucky bucks. She gripped the sides of her desk with both hands. Our teacher examined her with a look of distaste.

“Are these yours?” He said.

The girl in the red polyester pants shook her head. Tears were welling up in her eyes. She looked afraid.

“Did you steal them?” Our teacher said. His voice was cold and accusatory, a hanging judge speaking to a condemned murderer. “Did they just happen to appear in your desk?”

She shook her head.

“No, Sir,” she said, looking down at the lucky bucks.

“Yes, she did,” said the girl who had everything, “she stole them!”

Tears of frustration and fear trickled down the face of the girl in the red polyester pants.

“I didn’t steal them,” she said. Her voice was low and quiet, “I don’t know how they got there.”

“Yes, you did!” The girl who had everything said. “You’re a thief!”

Our teacher looked down at the girl in the red polyester pants.

“Come with me,” he said, grabbing her roughly by the arm. He led her out of the classroom. She was sobbing. I saw a look of triumph on the face of the girl who had everything. I felt sick inside.

The girl in the red polyester pants never returned to our classroom. I heard rumors that her parents removed her from the school after the incident. I have never forgotten her. Her memory has haunted me over the years. I wish I had been stronger. I wish I had told the truth, regardless of the consequences. I want to apologize for what we did to her. I still remember with shame the look of confusion, fear and anguish in the face of the girl in the red polyester pants.

Wherever you are, I am sorry for the way we treated you. I wish I could go back and be your friend, rather than your tormentor. I wish I had joined you at your table where you sat alone, day in and day out. I wish I had the courage to stand up for you, to tell the truth that day, to defend you.

Author Notes: Ricky Taylor wears a lot of hats. He has been a combat corpsman, a California correctional officer, a published author and a private investigator. He is currently the owner of the Taylor Group located at: